Here are some of my videos for you to watch.

Here is a little recap video of my trip to LA last year and a few of the things I did while there. It felt good for this little bunny to get out of her little bunny warren and get some sunshine and my feet wet without having to put a pool on my bed. Lol! Hope you enjoy the video!

The Hoppy Hour is a cozy, chill social event and a place for models and studio staff to get to know each other, share common experiences and learn about products and services from our awesome sponsors: MojoHost, #YNOT Cammunity, 7 Veils and Online Cam Summit. Plus there are FREE cocktails and some great prizes!

If you’ve ever wondered what its like in my little speakeasy bedroom on any given night, this video should give you a good idea. Hope you will join me soon!

I take a look back at some of the things I’ve done on and off camera since I started camming 10 years ago! It hasn’t always been classy and graceful, but I always gave it my best effort! And I got to have some amazing experiences and most importantly, met wonderful people that became lifelong friends!

I take a look back at some of the things I’ve done on and off camera since I started camming 10 years ago! It hasn’t always been classy and graceful, but I always gave it my best effort! And I got to have some amazing experiences and most importantly, met wonderful people that became lifelong friends!

I recently celebrated my *ah-em* 30th Birthday and here is a quick little recap of that evening in my room with some champagne, a crumbling muffin and fireworks!

Here is the (nearly) full video from a panel on “Women in the Adult Cam Business” from The European Summit in Prague, Czech Republic. There are some amazing women with a lot of history, knowledge and experience sharing their stories, and some disagreements for some reason (which you can see for yourself).

In this video from my very own couch in the Jasmin booth at AVN/AEE 2015, I spend some time talking with Nina Hartley, John Stagliano (Buttman) and the one and only, Ron Jeremy (at 4:03 in the video).

Before going back to Prague for the 2018 European Summit, I made a little recap of my time there in 2017 when I co-hosted the 2017 YNOT Awards with my good friend Jay Kopita!

Here is a quick video of one night walking around in the beautiful and romantic city of Prague at night. Such a lovely place!

I took a little time on my trip to Romania to visit a studio and get challenged to a dance-off by a fellow ginger!

Some people think I have ADD, this video may prove it! (At least I can laugh at myself!)

Always one of my favorite cities to visit anywhere, I continue my travels through the lovely little town of Sitges, Catalonia, Spain.

A brief overview of the business side (and some pleasure drinking wine) of my trip to Sitges, Catalonia, Spain for the European Summit 2017.

This is a wonderful little video the amazing LalExpo team did of my visit to Cali, Colombia for the extended LalExpo Workshop after the event in Cartagena. It was a great time and AJ is a fantastic host and I got to meet so many nice people there!

Here I took one day off to spend some time at the beach getting pampered and getting wet!

One of my teaser videos…

Here is a quick overview of my brief trip to Spain for the Live Cam Awards. The time went by so fast, but the sights, sounds and experience will last a lifetime. I could have never gotten to Spain if it weren’t for all my amazing friends and fans! Thank you so much!

Happy Birthday Ron!!! Here is an edited version of my AVN video from the Jasmin booth in Las Vegas. Ron was kind enough to stop by and say hi to my friends and myself while I was live streaming. Thanks again!

I’m on my way to Spain to attend the 2015 Live Cam Awards in Barcelona and I’m so excited! Here is a little video as a going away present to keep you smiling.

You know what I absolutely love? Getting the chance to sit down and talk with one of my fellow web cam models. Just like Harriet Sugarcookie, who is also up for the Live Cam Awards in March. We got to sit down and chat for a bit and she has uploaded her interview now. I hope you enjoy it, and hope you visit her site and say hello.

Remember if I win, its going to be a “Pool Show” night when I get back.

It’s almost time to hop my little bunny tail off to Vegas for the AVN Awards, but I just wanted to leave a special message to all my wonderful fans. I couldn’t have done this without you!

We had a blowout time of it, loads of fun celebrating the New Year across all the time zones, with over 4000 people joining me in my LittleRedRoom.

An errant champagne cork provided a bit of excitement. Opening a bottle to celebrate, I had it aimed too high and the excited cork took out one of my lights…lol. Who knew that champagne bottles were a WMD? (Aka “Weapon of Mass Darkness”). “Tips for Sips” was insane! Seemed like everyone wanted to share a drink with me last night. Its almost like you all wanted to get me drunk. We can’t have that because when I get drunk I just take off my clothing…lol.

In the end I got to dance the New Year in, with my unique Little Red Style.

MadeMan.com just posted Steve Mazzucchi’s recent Interview With Me to their website. It made the “Entertainment” section’s main page as a featured story too!

It really is the best Christmas present a Little Red Bunny can have.

Steve did such a great job of interviewing me and MadeMan.com put together a amazing video, part interview, part web clips of me. Be sure to check it out. You will love it I’m sure. I did. They asked some interesting questions and I hope you enjoy my answers.

And I got to use my new microphone so the sound is clear and clean.

Check this out everyone, MD over on PeeperZ.com did a half hour radio interview with me recently. 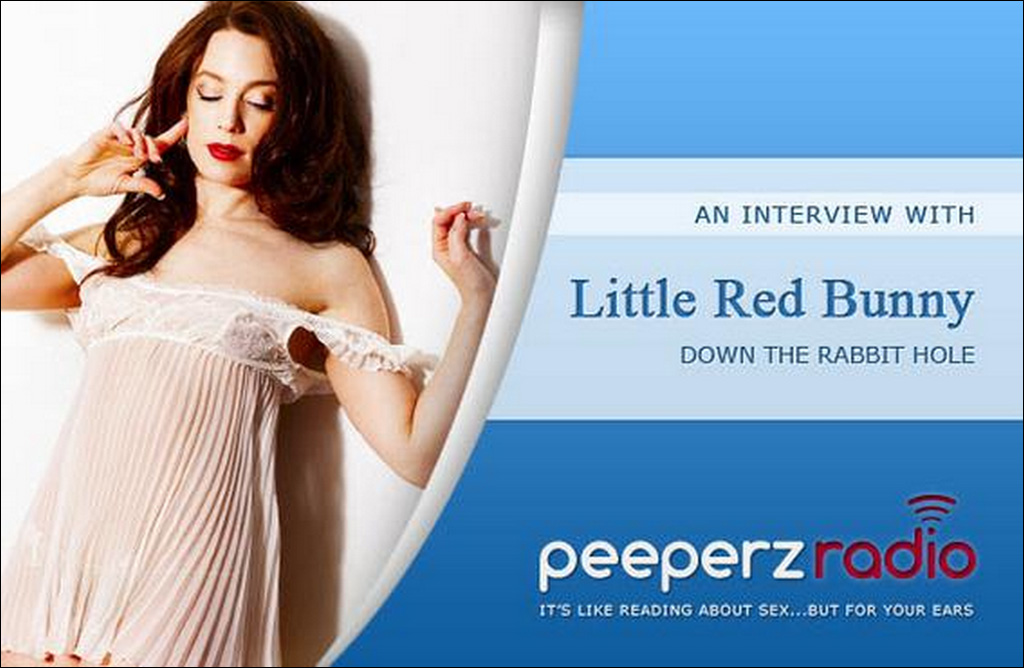 Sorry, I gave the interview before I upgraded my webcam microphone, so my voice isn’t the best, but he was a great interviewer and let me open up and have some fun. Let me know what you think and feel free to suggest question for our next interview after the AVNs.

The main page info is here: “Down the Rabbit Hole with Little Red Bunny – Peeperz Radio”. Be sure to drop by that page and leave a comment, they did a great write up on me and the radio interview.

Its in french for my European fans and my part begins at around 7:30.

Even if you don’t understand french, its still worth watching…(sexy grin). I’m wearing a very cute outfit.

As most of my friends and fans know, I was soooo lucky to win last year’s AVN Favorite WebCam Girl award.

(Thank you each and everyone who voted for me, you are such the best. I love you all.)

So here is the video of me opening the box, lol. Hard little sucker to cut open too, I was so scared I’d break it.

Now the sound is a bit rough and at the beginning we fast forward for a while (that’s the weird sounds then) but its a great video. I’m such a teenager in it, lol. I’ve upgraded my webcam system now so the sound is so much better if we have a private.

My webcam provider Jasmin is having a contest. Post a video on YouTube of yourself dancing to J Rand’s “Sexual Habit” and you could win $3000. I didn’t win but its a fun video to watch.

Performing live from my NYC speakeasy-themed bedroom on August 28th, I did the ALS Ice Bucket Challenge in true Bunny style. Besides donating my own money and doing the ice bucket, every tip and surprise I received working that night went towards ALS research.

I then challenged the following people to the ALS Ice Bucket Challenge:

-Richard Abowitz- entertainment leader at PennLive.com and writer for DailyBeast

-Paul Fishbein -Co-founder of AVN, creator of the Sex Awards and Inside Adult: x3sixty

“AND THANK YOU to everyone that came by my room that night!” 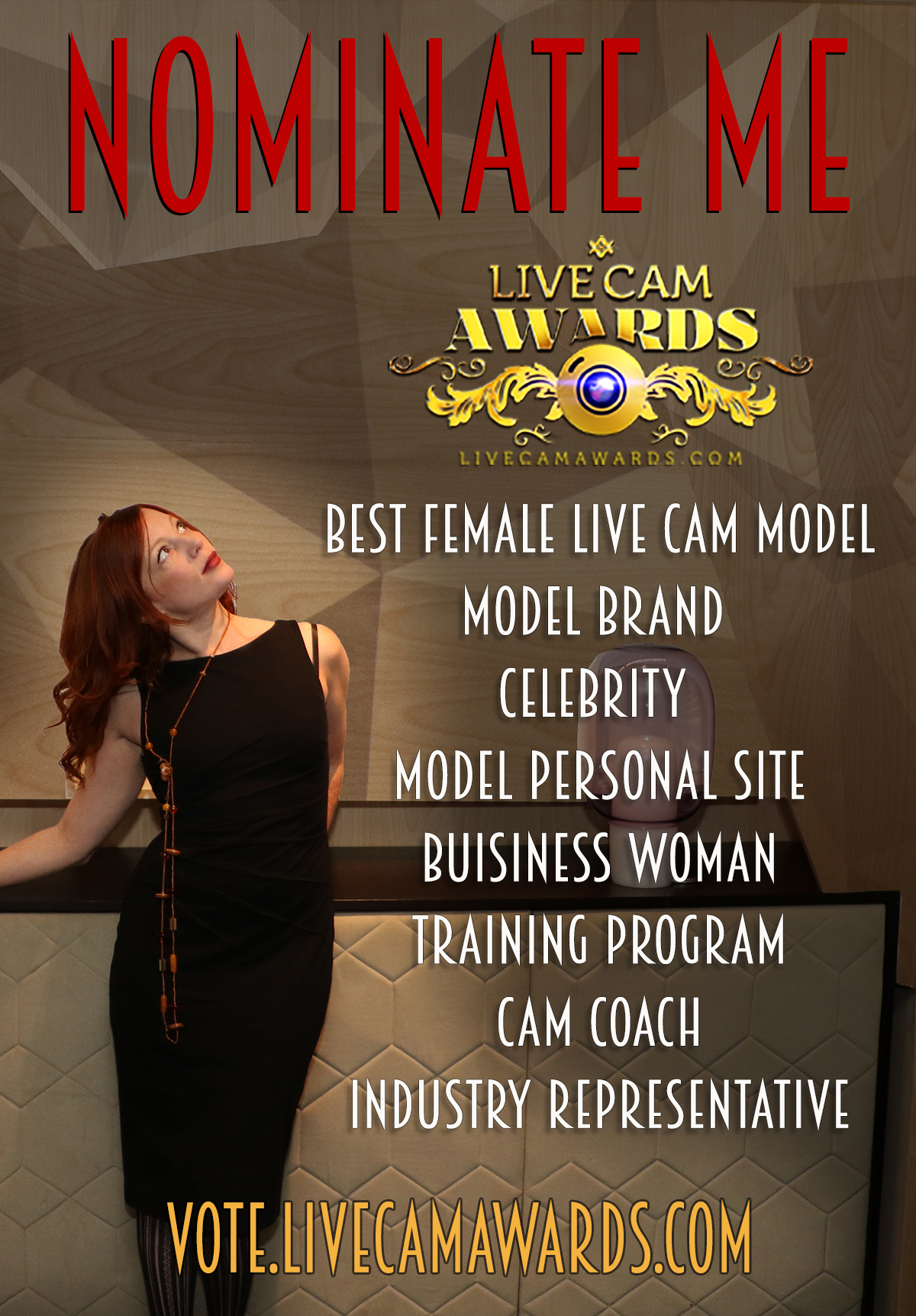